Festival Awards and Accolades, May 2022 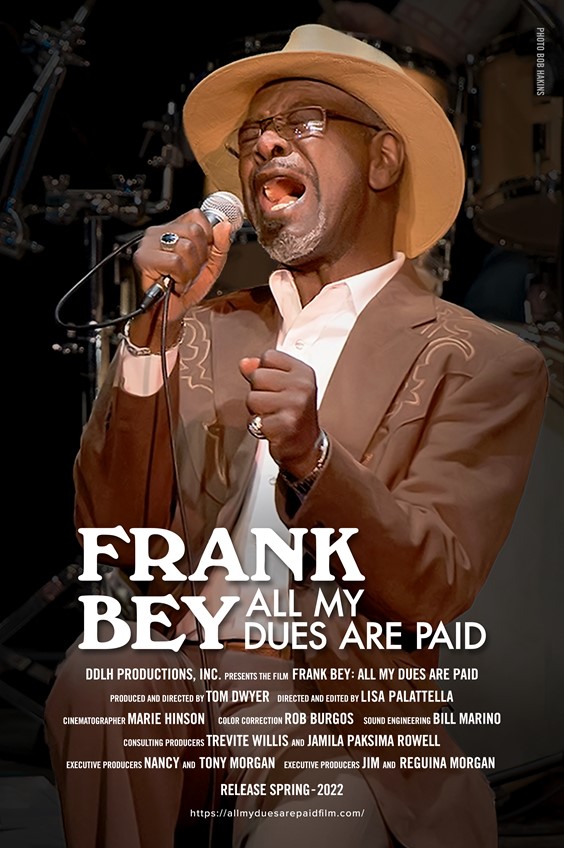 A Note from Producer Tom Dwyer

Fifteen years ago, when I retired from a career as a high school English teacher, I never could have fathomed that one day I would be producing a feature documentary film about one of the most amazing people I have ever met. What a journey I’ve had!

In 1972 when I began teaching English in suburban Philadelphia, I realized how film can sometimes reach struggling students in ways that books might not. On the Waterfront, Rebel Without a Cause, Triumph of the Will, Harlan County USA, Stand and Deliver, and many other films each allowed my students to experience a vast number of thoughts and feelings, giving me openings for discussions that otherwise would have been difficult to find.

To balance the hectic nature of my classroom work and to prepare well for my students each day, I turned to music, a joy that I had found in my life as a four-year old child.  I used music to connect to my students in all of my classes throughout my career; folk, rock, gospel, hip hop, jazz, etc., music by Steeleye-Span, Eric Clapton, Paul Robeson, L L Cool J, Ella Fitzgerald, and many others, music and performances that moved me and that I hoped would move my students. Most of the time my hopes were met.

Eventually I decided that my own musical needs required attention, and so I auditioned for and was accepted by an excellent community choir.  Later I auditioned for and was accepted to sing in the world-renowned Peter Nero’s Philly Pops Christmas Chorus, a highlight of my singing “career” that lasted for 12 years until Covid arrived.  Concurrently I studied classical as well as fingerstyle and blues guitar, and later learned the Irish bouzouki and joined a number of Irish Traditional Music Sessions in the area. As much as I loved my classroom and the students I worked with, a different part of my brain found deep pleasure and much satisfaction from my musical endeavors.

When I retired from teaching in 2006, I whimsically auditioned and was accepted for an acting role for the  US cable TV’s History Channel in a piece called Stealing Lincoln’s Body. The role and the work motivated me to take acting classes and acting gigs, first on student productions, for TV,  and later on a few Hollywood productions.

Because of my acting experiences, in 2016 a friend asked me whether I would be interested in making a film about Frank Bey, a local, relatively unknown soul/blues singer whom he had heard at a local fair.  I immediately answered, “No!! Making a film is too expensive and too much work.”

But after unexpectedly hearing Frank later that week on our TV cable’s music streaming service, and hearing his gorgeous and soulful baritone voice, I was sold.  I contacted Paul Hinson (later Marie), a cinematographer with whom I had worked, and invited him to hire a crew that would make a short film featuring Frank in concert.

The concert was so successful that I invited Frank to come back to the venue for an interview in order to gather information about Frank, the man.  The interview astounded me as I heard him speak about his life and story. Moreover, during our interviews, I learned that Frank  had been nominated for a 2016 Blues Music Award (the Grammys of Blues) and would be going to Memphis for the upcoming awards ceremony a mere seven weeks later.

Feeling as if we had been  sent a gold nugget from the heavens, I asked Marie if she would be interested in going to Memphis with me to capture the show and Frank’s role in it, as well as behind the scenes moments of Frank’s life at this important event . She agreed.  I then asked her whether she would be interested in making a feature documentary film about Frank and his life, one that would show the everyday life and struggles of an unknown modern blues artist.  Again, she agreed, as did Frank, and we began a filmmaking journey that lasted more than four years and that took us to Montreal, Nashville, Memphis, Georgia (Frank’s birthplace), Switzerland,  and a number of concerts in church basements in and around Philadelphia. Along the way we met some wonderful famous musicians, including Keb Mo, Bernard Purdie, and Bobby Rush, and countless devoted fans of Frank who had followed him since his kidney transplant in 2000. The love that fellow-musicians as well as fans had for Frank was palpable, something that I will never forget, expressing not the kind of idolization that famous  performers often receive from fans unknown to them, but showing genuine love and care for a man whom they believed they had come to know through his music and stories.  They loved Frank because of the person he was and because of the inspiration they received from him.

I want the world to hear Frank Bey’s messages of hope, peace, and justice that he demonstrates throughout our film. I want the world to say, “How did we miss Frank Bey, and who, out there, are we now missing?”  I want the world to see that like Frank, regardless of the obstacles and barriers that obstruct our paths, anyone with internal balance, determination, and resilience can overcome almost any challenge that life presents.

After spending six years making Frank Bey: All My Dues Are Paid, I can say that all of the money spent and all of the work that has gone into our film has resulted in one of the most meaningful experiences of my life. And who knows, perhaps one day in some American high school English class, an English teacher will choose to share our film and Frank’s music with their students. And when that happens, my mission, goal, and dreams for this project will have been met.